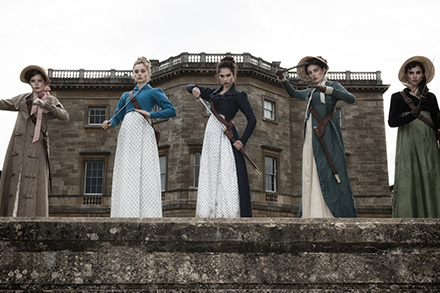 Turns out that I’m seeing a lot of films at the moment, and writing longer reviews is just making me put off blogging about them and now I have a huge backlog. So instead I’m just going to write quick summaries of the films I see each month (unless I can think of anything particularly interesting to say).

Pride And Prejudice And Zombies

I haven’t read (or watched) Pride and Prejudice, so this was all new to me. It was fun, a good blend of the two genres. There was a weird sub-plot about how mindless the zombies actually were which seemed like it could be interesting, but went nowhere, so that was a shame.

It took a while to get into it, but once the film got going I really liked it. There’s a mystery plot which is told in a slightly fake Hollywood style, but the movie is mainly about its characters and they’re interesting and likeable.

I really liked the first Zoolander. It was funny and smart and Derek Zoolander was a complete idiot while still being likeable. Zoolander 2 was not as funny, and it had way too many celebrity cameos, but it still had its moments. There was also a lot of creative set and costume work on show. I enjoyed it.

I was worried that Deadpool would be snarky and mean, and the movie would be edgy for the sake of being edgy. Actually it was pretty funny and had a lot of style. I enjoyed this film more than I thought I would.