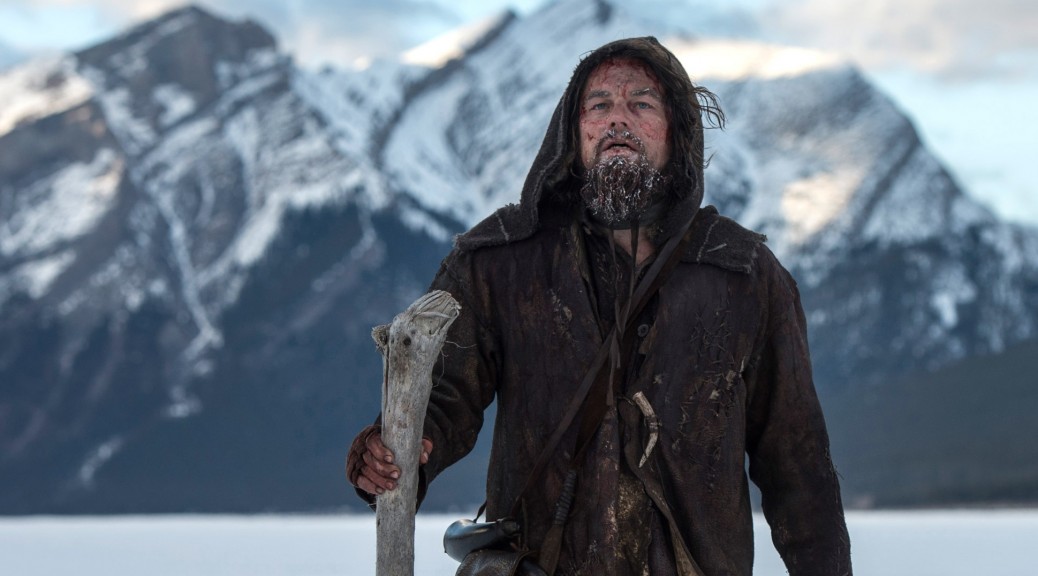 I didn’t know a lot about The Revenant going in. I think I had seen a teaser trailer a while back, plus a lot of posters of Leonard DiCaprio with snow in his beard. I was expecting some kind of survival story, a small band lead by Leo fighting off Native Americans and the oncoming winter. What I didn’t expect was the amount of gore.

When the film’s certificate card says “strong, bloody violence” it isn’t kidding. The Revenant has possibly the most graphic violence of any film I’ve seen, at least as far the sheer number of gory effects shots. It was definitely several degrees worse than I’d expect from a film with a 15 rating. The film doesn’t revel in these moments, everything shown is used to show the harshness of survival or the inhumanity of man, but it should still have been an 18 in my book.

Gore aside a lot of the film is very pretty. Most of The Revenant follows people on long journeys, and there’s some gorgeous scenery along the way. I also liked the depth given to the film’s characters, who are portrayed by a very strong cast. While old western movies might have painted Native Americans as savages, and newer movies might be tempted to show them as misunderstood, or better than the colonists, The Revenant takes time to show multiple groups with differing values, and humanises them, while still having the antagonistic tribe be dangerous and scary. This depth of character also extends to the film’s primary antagonist who, even though his morals and approach are clearly wrong, is believable, and I could understand why he was doing what he did.

My biggest problem with the film though is that it’s a revenge story. Revenge as a motivation never really works for me unless there’s something more to it – like the antagonist is going to repeat their actions or is now in a position of power where they can cause more harm to more people, and taking them out will stop them spreading more evil. Spoiler warning, but The Revenant isn’t like that. Glass (Leo) has lost his wife before the film starts leaving him with only his son. After he almost dies and his son is killed, he has nothing left. And yet he drags himself through metaphorical hell, motivated only by the thought of revenge. I don’t buy this, especially for a man who frequently has visions of his wife, implying he believes he’ll be with her once he dies. The ending has him supposedly letting go of this desire for revenge, leaving it ‘in the hands of God’. There’s two problems with this. First he is still quite clearly sending Fitzgerald to his death. It doesn’t matter if he performs the killing blow or not, Fitzgerald is still going to die and Glass is responsible. And second, if he’s decided that he doesn’t need revenge after all, then what was the point of the film? He’s still lost his son, the only thing we’ve seen him care about, and he hasn’t gained anything. If he’d have let himself die would things have really been all that different?

So, overall a well shot, well made film an surprisingly violence filled film with good characters but a plot that kind of undermines itself. Good, but not one I need to see again. 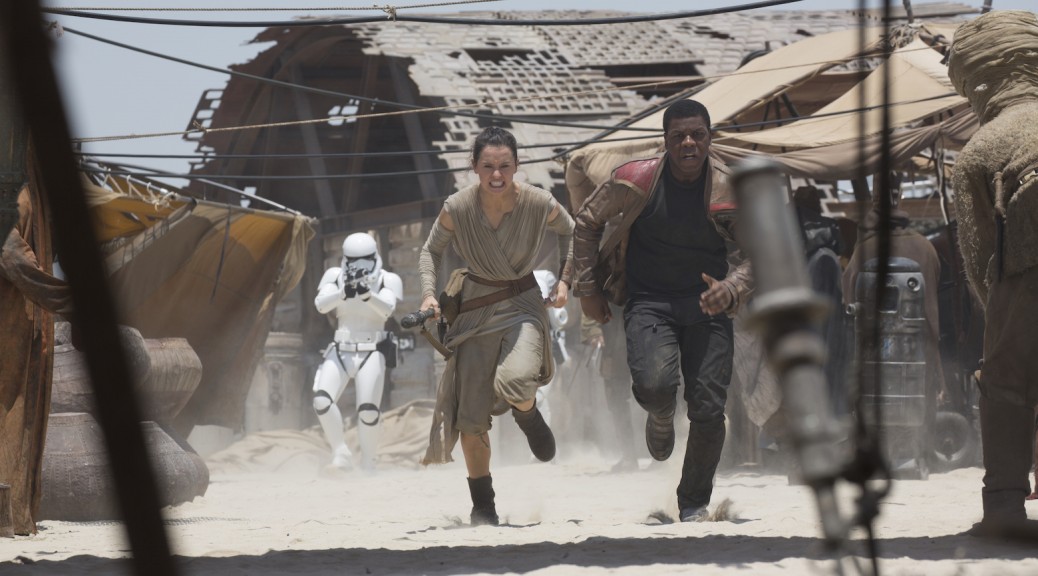 Technically I first saw Star Wars in December, shortly after it came out, but I saw it again in January and as I decided to start writing these blog entries from the beginning of 2016 these are my thoughts from my second viewing.

I was obsessed with Star Wars when I was a kid. I saw the films on TV at home and was the right age when the original trilogy was re-released in the cinemas. I was also young enough to enjoy the prequel trilogy when they came out. I knew about a bunch of extended universe stuff and could reel off a load of useless trivia. Nowadays though I’m older and more critical about my films, and I recognise that even Jedi had several flaws, let alone the terrible prequels.

So in my mind Star Wars is no longer this untouchable, masterpiece series, and I think that’s true for a lot of fans. People still care about Star Wars, but not as much as they once did. And that puts Disney and The Force Awakens in a great position. This film has to do two things. First, it has to show you that the new film makers understand what makes a Star Wars film and prove that they can make one. Second it has to establish some new characters who are interesting enough to carry a new trilogy of films. For my money I think it did a pretty good job.

As far as making the movie a Star Wars movie goes, this film borrows a lot from the original trilogy. And I mean a lot – the nobody hero from the backwater desert planet accidentally meets a resistance hero’s lost droid who’s carrying a secret message, and consequently gets embroiled in a desperate attempt to stop a world-destroying super weapon. And that’s without the cameos from the original cast. Your mileage might vary on this – there’s so many references to the original trilogy that it could begin to feel like a retread. Personally I’m OK with it. I understand the desire to build ties with the original films, and I think there’s enough new stuff that they can get away with lifting so many elements from the past. But this only works for one film. The rest of the trilogy needs to forge its own path.

Character-wise, Daisy Ridley as Rey came across as a bit wooden in the early parts of the film, mostly when she’s talking to BB-8 (which must be a difficult acting task), but once the story gets going she has some great scenes. She really won me over by the end and was probably my favourite character. I’ve heard the ‘Mary Sue’ criticism levelled at Rey – she’s great at everything she does and doesn’t seem to have any flaws – and I can see where that comes from, but it doesn’t really bother me yet. Still, I’ll be interested to see how she develops as a character.

I’m also looking forward to seeing more of Finn. In a film full of references and riffs on old characters and plot lines, Finn is one of the more unique elements. Star Wars is full of heroes who bravely rise to the challenge, and it was interesting to see a protagonist who despite being brave and likeable was also terrified of the enemy, didn’t think the resistance had a chance and was just trying to run away from it all.

Poe is barely in this film. He didn’t really have enough screen time to establish himself as anything more than a good pilot who makes wisecracks. I’ve seen that a million times before, so I guess I’ll wait and see how he comes across in later movies.

Kylo Ren is interesting. As a character there’s a lot going on, and a lot to develop, but as an antagonist he doesn’t seem very threatening, especially by the end of the film. Without going too far into spoiler territory I’m curious how the next couple of movies will follow on from the end of this one – who and what are the protagonists going to be fighting against for the rest of the trilogy?

Overall a solid crowd-pleasing sci-fi action movie that’ll probably work for fans and newcomers alike. Now for the harder task; episodes 8 and 9 have to do something new. If they just end up treading old ground and relying on nostalgia I’m going to get bored fast. 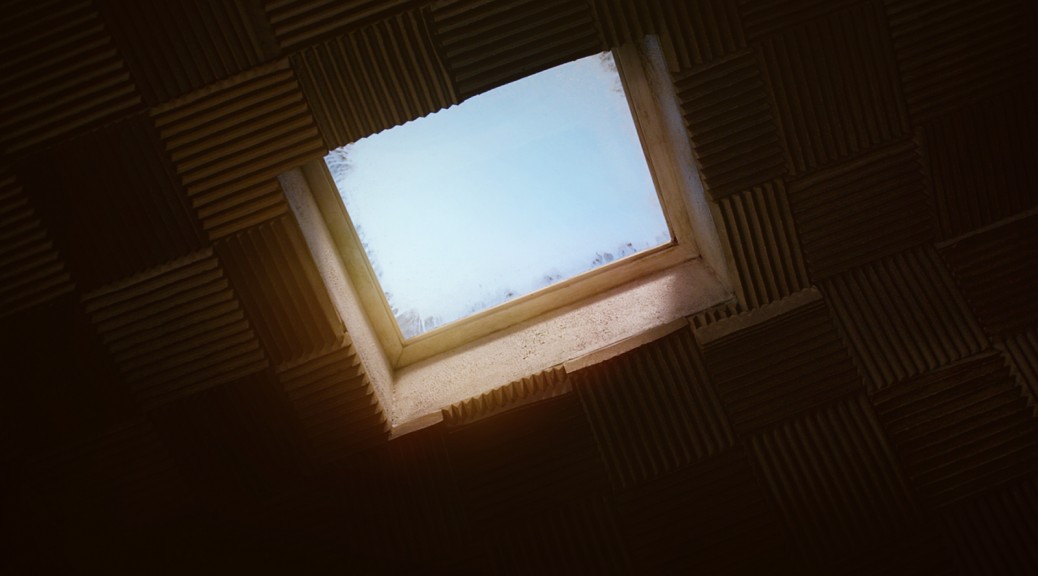 Room is the story of an abducted mother and her 5 year old son Jack, living together in her kidnapper’s shed which is the only place Jack has even known.

With those themes Room sounds like it could be a deeply harrowing affair, and there are definitely some unpleasant moments, but Room tells its story from the son’s point of view and chooses instead to focus on the love they have for each other and Jack’s innocent experiences of his world.

By its nature Room is a tight, focused film and depends heavily on its main characters. Brie Larson as the mother is fantastic, but I was most impressed with Jacob Tremblay as Jack who delivers an amazingly believable performance, especially for such a young actor.

I didn’t really know anything beyond the setup for the plot, and not knowing where the film might be going really added a lot to the experience for me, so I don’t want to go into much more detail. Suffice it to say Room goes some interesting places and tackles some deep topics in a careful and moving manner. A really great movie.

I’ve been thinking for a while that I should keep a record of the movies I see at the cinema and my thoughts on them. There’s a few reasons for this. Firstly I’ve been paying for a pretty expensive cinema card for a couple of years now, and I’d like to get some idea of how much value I’m getting out of it (rough estimate – I need to see around two movies a month to make the card worth it). Secondly I think it’d be interesting to look back at the films I saw this year to get an idea of what I liked and didn’t like. The bonus third reason is that it gives me something to write about in this blog, which has been lacking in content for some time. Now that we’ve entered 2016 it seems like as good a time as any to start.

I’m not planning to write formal reviews, more just a collection of my thoughts after seeing each film, so I’m not sure how useful this will be from a recommendation point of view. I’m also not sure how I’ll be treating spoilers yet. Still, if you want to read and discuss in the comments feel free.

As per usual I’ve already left a month between doing something and blogging about it, so I’m going to put up several posts over the next couple of days for the three movies I saw in January.